"Anger is an energy"

Anger is not a 'negative' emotion, it's a response to something happening that you don't want to happen; the energy of protest. If we didn't get angry nothing would ever change. And it is an energy, so not an abstract concept or just a thought process. It's a visceral experience that begins in the body as a movement towards something. That energy needs to go somewhere. If it doesn't, if it's suppressed, it stays internal and becomes somatised. That's why simple exercise can be helpful if you feel you're experiencing a lot of angry feelings. Simple physical activity can be a useful outlet.

Often people's negative associations with anger are connected to losing temper, shouting or fighting. With being out of control. And finding yourself unexpectedly losing control can be a shocking experience both for you and those around you. Possibly even worse for those at the wrong end of it. There's a sense of being ambushed by an alien force, perhaps exacerbated by the involvement of alcohol. Relationships can be ruptured by the consequent fear, regret and guilt involved. And so people see themselves, or are told, they have anger issues. In my experience these incidents don't just come out of nowhere.

One of the more obvious and practical things I'll often do when working with people with 'anger isues' uses the idea of scaling, which I've also discussed here: https://vimeo.com/159507604. As the client describes an angry incident I'll ask "On a scale of 0-10 where 10 is as angry as you've been and 0 is the opposite how would you rate how angry you felt then?" They might say "8". "And right now, as we sit together?". They might say "3". Then we'll explore the space between 8 > 3. A major part of the problem is only becoming aware of being angry when it's a 7-8. Like driving a speeding car the danger of crashing, of losing control, is high. But anger doesn't start at 8. It always starts at 1 moves to 2, 3 etc. A slight irritation we don't say anything about, a repetition, something more annoying still, a put down here, an unexpected obstacle there. We can accelerate quickly but if you can notice as the speedo begin to shift there's more chance of remaining in control.

And you can do this simply by paying attention. By being interested and curious about your own internal experience. The everyday, non-threatening, habituated, almost negligible, experience of moving from 2-3 and beyond. Try it! 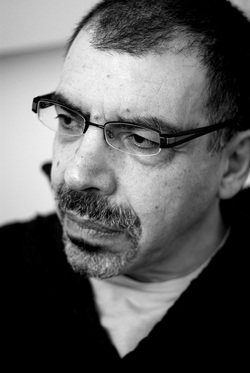